During My Checkride, Can I Do That Over?

While conducting a check ride on more than a few occasions, I have had the question asked, "Can I do that over again?"  We all have, myself included, asked ourselves that question a few times during our training or even a normal flight.  So, what about "doing that maneuver over" during a checkride?  Fortunately, there is some guidance as well as examples we can review to help answer this question.

The foundation for any check ride starts with the Practical Test Standard, or Airman Certification Standards. The PTS or ACS booklet is provided by the FAA to outline the required areas to be covered and standards allowed during the checkride.  Additionally, these documents provide us some great information in the front pages regarding responsibilities for those involved and expectations.  When it comes to repeating a maneuver, the PTS or ACS states, 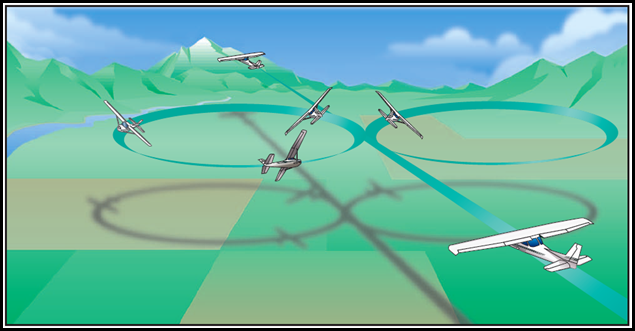 require the applicant to
repeat that Task, or portions of that Task. This provision has been made in the interest of fairness and does not mean that instruction, practice, or the repeating of an unsatisfactory task is permitted during the certification process. When practical, the remaining Tasks of the practical test phase should be completed before repeating the questionable Task."

So in breaking this down, the key terms here are "incomplete" and "uncertain" found in the first line.  If in the opinion of the examiner the maneuver falls into this category, the applicant may be requested to attempt the maneuver over again. The words incomplete and uncertain have been carefully chosen by the FAA to provide an allowance for the examiner and the applicant.  For a better idea, here are a few examples of when these words would apply during your check ride...

Both of these above terms provide the applicant with a good deal of latitude in completing the required task successfully.  As the quote from the PTS goes on to point out, "this provision is made in the interest of fairness", but it does not allow just a "do over" or repeat of the task.  As I typically brief pilots before the flight - if the maneuver is unsatisfactory, you'll probably know as soon as I do.  And at that point, we will have to demonstrate that maneuver another day after re-training with the CFI.

Here is another less technical point, but often discussed area before the flight and well worth covering during this review. Here's the scenario...

After the clearing turns are completed, the applicant sets up for the steep turn during his private pilot flight exam. The pilot begins the entry bank to the left and immediately gains one hundred feet of altitude before getting to the required bank angle.  Rather than struggle with regaining altitude at the onset of the maneuver, the pilot rolls wings level, lowers the nose to correct the altitude and decides to re-start the steep turn once everything is set again.

This action by the pilot is not only acceptable but also a good decision!  It is important to take your time setting up for the maneuver so you are not having to make corrections so early.  Take your time the day of your checkride to set up properly, use the checklist, and stay ahead of the airplane.

The examiner cannot allow the applicant to do a maneuver over again after it has been attempted and is unsatisfactory. However, as we have covered here, the PTS does allow some flexibility for the examiner and the applicant to complete the maneuver under certain circumstances.

There are going to be little mistakes during your check ride. We just want to avoid the big ones.  If you are aware of the mistake (ie., altitude deviation) and are taking corrective action, that is fine.  If you are too high on final approach and decide to go around, that is great!  Don't force a task or maneuver because it's your check ride.  As a pilot during your check ride, you are being evaluated not only on flying a maneuver within the PTS or ACS tolerances but also having sound judgment and good decision-making skills.  Ultimately, we all have bad landings.  But, deciding that even attempting a landing would be a bad idea due to a heavy crosswind or bad weather over the airport is a REALLY good call and may just allow us to fly another day.