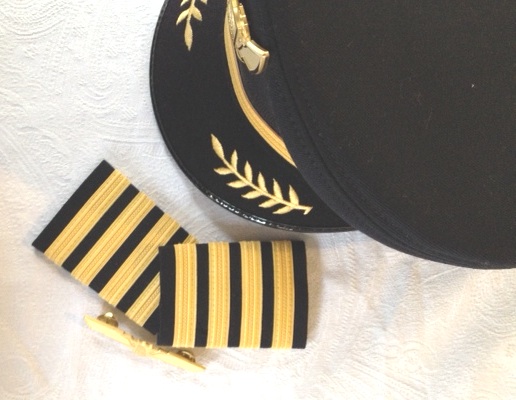 Pilot in Command on Your Checkride, or Even Your Next Flight

Prior to the flight portion of your check ride, your examiner is required to cover some very important items during the Preflight Briefing.  One of those items before heading out to the aircraft is to advise the applicant he or she will be acting as pilot in command for the flight.  At this point during your check ride, your head may already be a bit preoccupied with various thoughts before your flight...how are the surface winds, does the airplane need fuel, or what's that power setting again?  And now, you are being told you are PIC for the flight?  Or maybe, this declaration of sorts hasn't even crossed your mind.  What does PIC mean to me as the applicant?  A closer look at being PIC during your check ride may save some anxiety and questions prior to your next check ride.

Who's flying this thing??

As with any flight in any aircraft, a pilot in command should be designated.  Of course if you are flying by yourself, this designation is pretty clear (at least I hope).  However, when we are out flying with a fellow pilot, safety pilot, or even instructor, the need to determine who is pilot in command for the flight is essential for many reasons.  We are all taught early in our flight training that someone should always be flying the airplane.  If we change flying duties during flight, there is a positive transfer of controls. Someone should always be on the controls.  It is a fundamental point, and it is stressed for a reason.  Many accidents and incidents have occurred due to confusion in the cockpit as to who is doing what.  A clear assignment of duties early in the flight (as in prior to engine start) is critical for maintaining safety.

PIC on Your Check Ride

For the flight portion of the check ride, the applicant is designated as PIC for many of the same reasons.  There may be times during the flight the examiner will need to fly the airplane (ie unusual attitudes).  However, the examiner is always acting as an evaluator and observer.  The pilot in command duties falls upon the applicant.  If in the event of an emergency, the applicant is in charge of the airplane and responsible for the outcome.  For many of us taking a check ride, the examiner sitting next to us has in most cases accumulated much more flight time and experience;  thus, it may be difficult during an emergency to not to just hand the controls to the examiner and say, "you got it!".  While acting as an examiner, I have had this plea for help on more than a few occasions.  It may not have been due to an emergency, but more commonly during a undesired aircraft state such as a botched landing, or inadvertent spin entry. Despite a few seconds of excitement, the applicant relinquishing PIC duties is typically not good on the day of their check ride.  Examiners do typically have a good deal of total time spanning many category and types of aircraft. Some aircraft are more familiar than others for that given check ride.  However, as evaluators, we are there to confirm the applicant's full command of the required maneuvers and decision-making process.  We want to see the flight is under the applicant's control from start to finish.

So, whether we are heading out to fly with a fellow pilot or a check ride in the future, the designation of who is the pilot in command will assure an understanding of everyone's role in the cockpit, and therefore create a safer environment during the flight.  Enjoy being PIC!